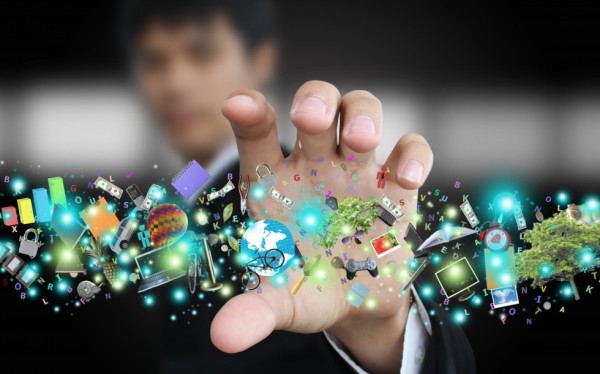 The Office 365 Exchange Online Protection (EOP) team has been hard at work on new features that reflect our continued commitment to provide advanced security, reliability and protection of your email, and a simpler and more efficient user experience for email admins. Today, we’re pleased to announce seven new EOP features, including:

The new scheduled report feature is easy to set up on the Office 365 portal for EOP or Exchange Online customers.

To get started, go to the Office 365 portal and click Reports, then select the type of report you want to schedule. From the report page, click Schedule this report. It’s that easy! You’ll find more information about scheduling EOP reports and the customization features that help you obtain the specific data you need here.

Scheduled EOP reports are delivered to your inbox on the day of the week or month you specify.

The second new reporting feature enables admins to assess email traffic at the domain level through PowerShell. For large customers with many domains, this feature makes it easy to view domain-level aggregation of mail traffic. To obtain mail traffic breakdown by domain, use the ‘Domain’ parameter with  Get-MailTrafficReport and Get-MailTrafficPolicyReport in PowerShell. More information about domain-based email traffic support is available here.

We simplified the process for EOP or Exchange Online admins to block or allow emails from an individual sender or an entire domain. The new simplified block-and-allow lists replace the need to write a complex transport rule to bypass spam filtering or modify the Spam Confidence Level for a sender or domain.

Located in the Spam Filter section of the Office 365 Exchange Admin Center, you’ll access this feature by clicking the Protection link, making it easy and intuitive to find. There, you can create, edit and maintain block-and-allow lists for senders and domains.

Simplified block and allow is currently in preview with first-release customers and will be deployed worldwide by the end of the month.

Two months ago, we released our bulk release feature, which has received widespread positive feedback from customers. Now, admins can quickly and easily select up to 500 quarantined messages to release or not release, which can be especially helpful in addressing large email campaigns. The bulk release feature can be accessed either through the Office 365 quarantine area or via PowerShell.

Backscatter spam—when you receive a non-delivery receipt for an email that a spammer sent using your forged email address—is a growing source of irritation for end users and a challenge for email admins. We have stepped up to backscatter spam with two new protections:

Contact the Atidan team at office365@atidan.com for additional information about security and special offers on Office 365 deployment and support!

Pleased to announce that an Advanced Threat Protection (ATP) service is available now to all Exchange/Office 365 subscribers (Coming August 1 for volume (Open/EA) license customers). You already have Microsoft’s Exchange Online Protection (EOP) at no charge to protect against spam and malware. Exchange Advanced Threat Protection or ATP is a new offering launched this week and is priced at $2 per user per month. You can activate any number of licenses to suit your needs – try it for your top executive team, for users who work with sensitive content or for your entire enterprise.

Key benefits and my comments include:

a.  Even after EOP filtering, something that has never been seen before can get through filters

i. Could cause possible message delays in suspicious message receipt fyi

a.  Protect against phishing attacks and redirection

b.  Check is performed at time of reading

i.  Note this could cause a time delay while URL is scanned as the link is clicked

a.  Analyze patterns of attacks, categories of attacks and conduct investigations

It is hard to put a value on this service but the cost is insignificant compared to the cost of an attack such as the Cryptolocker virus. One single incident could dwarf the costs of this subscription and I’ve posted a great white paper study from Ponemon detailing the average data breach cost .

Active Atidan clients can get our assistance to turn on this service at NO CHARGE. Additional consulting is always available to help you with new security features in Office 365 such as Rights Management, Encryption, eDiscovery, Legal Hold, Archiving and more.

Protect your email in real time against unknown and sophisticated attacks.

Secure your mailboxes against advanced threats

New malware campaigns are being launched every day, and Office 365 has a solution to help protect your email against them. With Exchange Online Advanced Threat Protection, you can protect your mailboxes against new, sophisticated attacks in real time. By protecting against unsafe attachments and expanding protection against malicious links, it complements the security features of Exchange Online Protection to provide better zero-day protection.

With Safe Attachments, you can prevent malicious attachments from impacting your messaging environment, even if their signatures are not known. All suspicious content goes through a real-time behavioral malware analysis that uses machine learning techniques to evaluate the content for suspicious activity. Unsafe attachments are sandboxed in a detonation chamber before being sent to recipients. The advantage is a malware free and cleaner inbox with better zero-day attack protection.

Exchange Online Protection provides protection against malicious links by scanning content. Safe Links expands on this by protecting your environment when users click a link. While the content is being scanned, the URLs are rewritten to go through Office 365. The URLs are examined in real time, at the time a user clicks them. If a link is unsafe, the user is warned not to visit the site or informed that the site has been blocked. Reporting is available, so administrators can track which users clicked a link and when they clicked it.

Get rich reporting and track links in messages